On February 1st, Big Machine Racing announced that the newly-formed NASCAR Xfinity Series team has signed driver Danny Bohn to pilot the No. 48 entry for the Feb. 13 season opener at Daytona International Speedway. North American Motor Car will serve as the primary sponsor of the Chevrolet Camaro with a patriotic paint scheme that also features Big Machine Vodka, a sister brand to Big Machine Racing owned by Scott Borchetta, the president and CEO of the Big Machine Label Group. 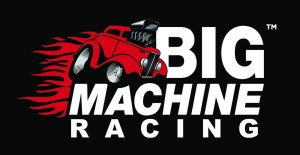 The Daytona oval race also serves as the NASCAR Xfinity Series (NXS) debut for Bohn, an accomplished third-generation racer who made his NASCAR Camping World Truck Series (NCWTS) debut in 2019 with primary sponsorship support from Big Machine Records in a top-10 finish at Martinsville Speedway. Bohn, who is well known in the modified racing circles in both the Northeast and Southeast, has since accumulated 13 career starts in the NCWTS for On Point Motorsports.

“Scott Borchetta and North American Motor Car have been instrumental in supporting me in my journey rising up through the stock car racing ranks,” said the 32-year-old Bohn. “This is just another step and to have them both on the car for Scott’s debut as a team owner and my Xfinity Series debut makes it all the more special to me, especially being at Daytona.”

Bohn will also be driving the On Point Motorsports No. 30 truck in the NASCAR Camping World Truck Series the same weekend with North American Motor Car colors.

“It’s great to be working with Danny again,” said Borchetta. “He’s a born racer and he knows how to be around at the end of these very challenging races. Daytona is the great equalizer and it takes skill, patience, and staying out of trouble until it’s time to go. If he can do that, and we get a little Lady Luck on our side, we stand to have a very strong debut.”

As previously announced by Big Machine Racing Crew Chief Patrick Donahue, Jade Buford will serve as the primary driver of the No. 48 Big Machine Racing Chevrolet Camaro for the 2021 season. Jade will take over full-time driver duties the following week on the road course at Daytona, which will qualify him for all the remaining races for the 2021 season.

Bohn rose into prominence in 2012 when he earned NASCAR Whelen Southern Modified Tour Championship Runner-up, Rookie of the Year, and Most Popular Driver honors. Bohn followed that up with the 2014 modified track championship at the famed Bowman Gray Stadium in Winston-Salem, N.C.  But a Bohn winning races is nothing new. Both Bohn’s grandfather, Parker Bohn, and father, Eddie Bohn, are legendary drivers and mechanics from New Jersey.

The running of the Beef. It’s What’s For Dinner. 300 is scheduled for Saturday, Feb. 13 at Daytona International Speedway with live television coverage on FoxSports1 at 5:00 p.m. ET and nationwide radio coverage on the Motor Racing Network (MRN).